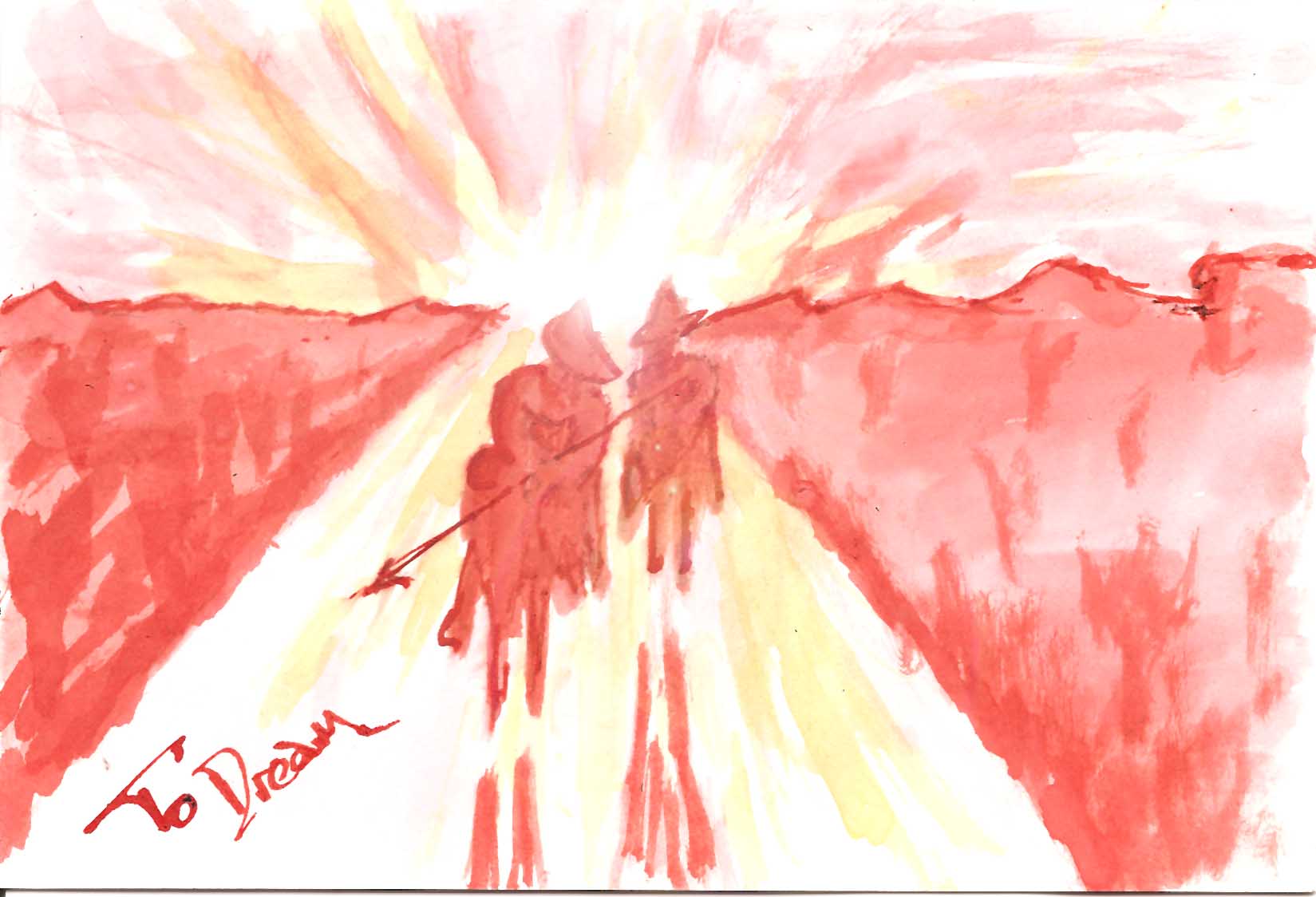 ‘An ingenious gentleman from La Mancha’,

was written by Cervantes in 1610. A novel about Don Quixote who spends much of his time chasing impossible dreams. And for many years he has struck a beautiful chord in the hearts of those who appreciate the valour in tilting at windmills. Is it a quixotic fantasy or a worthwhile endeavour? For the doubters they are windmills, for the optimists: ‘They may be giants’ and for the dreamers themselves, well in public at least they should have no doubts. The novel has been voted in the best fiction ever since people voted on these things, and like all great novels it is constantly refreshing in the minds of readers as the generations flow down the centuries.

In an interview in 2005 Vonnegut said ‘The moral of the story is we are only on earth to fart around‘.  Four hundred years before that Cervantes’ posed the question that Vonnegut answered so idiosyncratically. Cleverly he made comic the eternal question and used his side-kick and servant Sancho Panza as the voice of reason, or our impression of it.

Don Quixote’s quest is subjectively important, and objectively irrelevant, which is a brilliant metaphor for man’s existence, and allows us to both laugh at our self importance, and glory in our achievements, however small. We can see Vonnegut’s point, we can laugh at our follies, but we are creating and striving, and consequently we love the man from La Mancha for it, much as we appreciate anyone in life who lives for a reason. Whether it is an olympic athlete or a trainspotter, in the great scheme of the universe neither has greater value. After the needs of food, offspring and warmth what do we do? We tilt (I surf). What is important is how much value that dream has to ourselves.

I love this song, and it has always summed up this train of thought. it is the classic song from the stageplay ‘The Man of La Mancha’ and called The Impossible Dream. The orchestration and grandiloquent lyric is magnificient, but there is a self deprecating counterpoint. It doesn’t shy from being a huge song, and like all huge songs the singer can love themselves in it’s power. To finish, I’d just like to quickly narrate an anecdote about this song, and perhaps show that our personal quests, although nothing in the great scheme of the universe, can still be inspirational.

In 1984 a young 18 year old sailor called Geoff Holt broke his neck diving into the sea at Cane Garden Bay in the Caribbean after sailing from Europe on his first great adventure. It was a great shock to him and his family and he took a long time to even accept that he was paralysed from the chest down. He spent many years in depression and kept all thoughts of sailing out of his life. More than ten years later he got a call from a benefactor who would lend him a yacht, purpose built for people with difficulties. That call that bought him out of his slough of despair. He began learning to sail again, skill by skill.

In January of 2010 he landed once again at Cane Garden Bay after sailing the Atlantic from Europe single-handed, the first quadriplegic to do so. The name of the yacht? ‘The Impossible Dream’