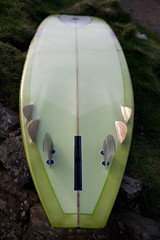 Recently Tim Stafford leant me one of his boards, a 9’0 longboard with a bonzer tail and shovel nose, called ‘The Joker’

Having never ridden a bonzer I was interested to feel how the tail set up rode in the water. Generally with a longboard I prefer a single fin. Whenever I ride a 3 fin setup I find it detracts from the flow along the rail line. The grace in a longboard turn is the swing and momentum of the foam along its length.

However this bonzer set up has really changed my outlook, and I can now see why with shortboards the bonzer had been such a radical design change.  I felt like I was riding a singlefin, but with the board riding lighter as it started to gather speed. There is a wonderful engagement with the tail, without the sense of the fins dragging as I find on a tri fin. 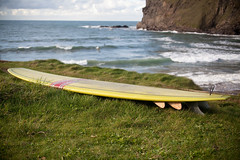 The bonzer board has been a long process of design change starting a decade before the thruster 3 fin set up was invented by Simon Anderson, and what sets it apart is the way that water is compressed as it is fed through the fins, this is what gave the board its lift as I got it up to speed.

Tim has spent a long time on getting this board right, with a beautiful tint, clear resin in the concave, metallic pin lines, and cigar band. Hopefully I will have a couple more surfs in some good waves before I return it. It is a beautiful long board with a radical design that is too good to not be part of the design spectrum of contemporary longboarding. Many thanks to Richard for photographing the surfing 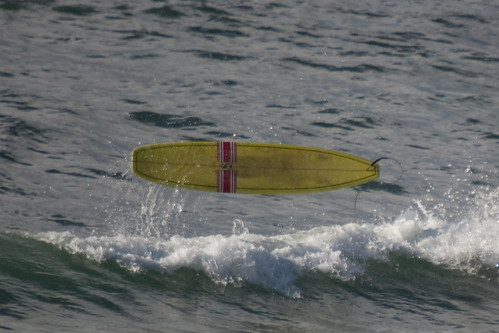 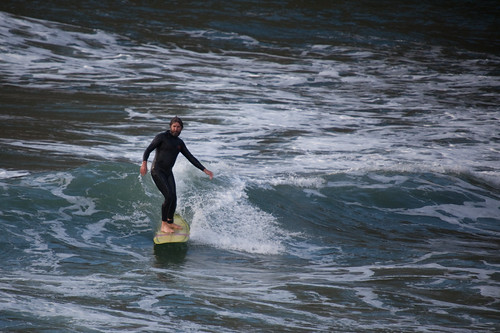 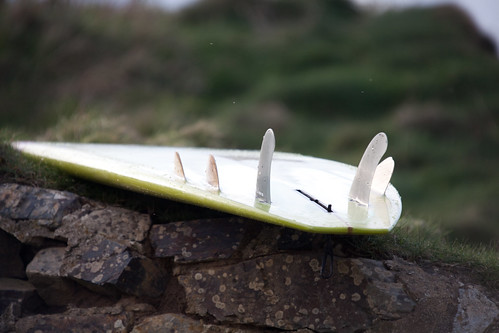