Triumph Live was on this weekend at Mallory Park Racetrack, with Reef headlining on the Friday night.

We got there early allowing a visit to the factory, where we were really looked after and had a tour around the production line.

In the late afternoon we went to see the Demon Drome, and after the Reef gig, we had a chat with the guys who run it and we ended up sharing a cider or two later in their wagon.

A medium sized crowd waited patiently under a steady drizzle while we sound checked and then the band really rocked out to lift the crowd. from the back of the stage I could see the first rows having a great time. It gave me a smile to realise that a good audience and a willing band can really gel whatever the weather. 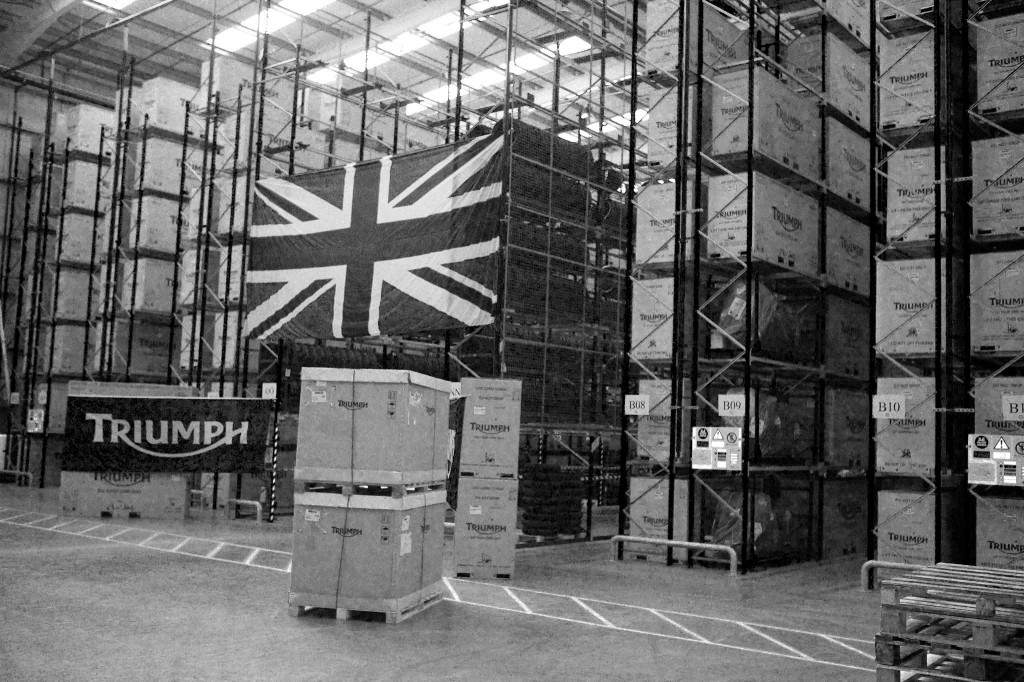 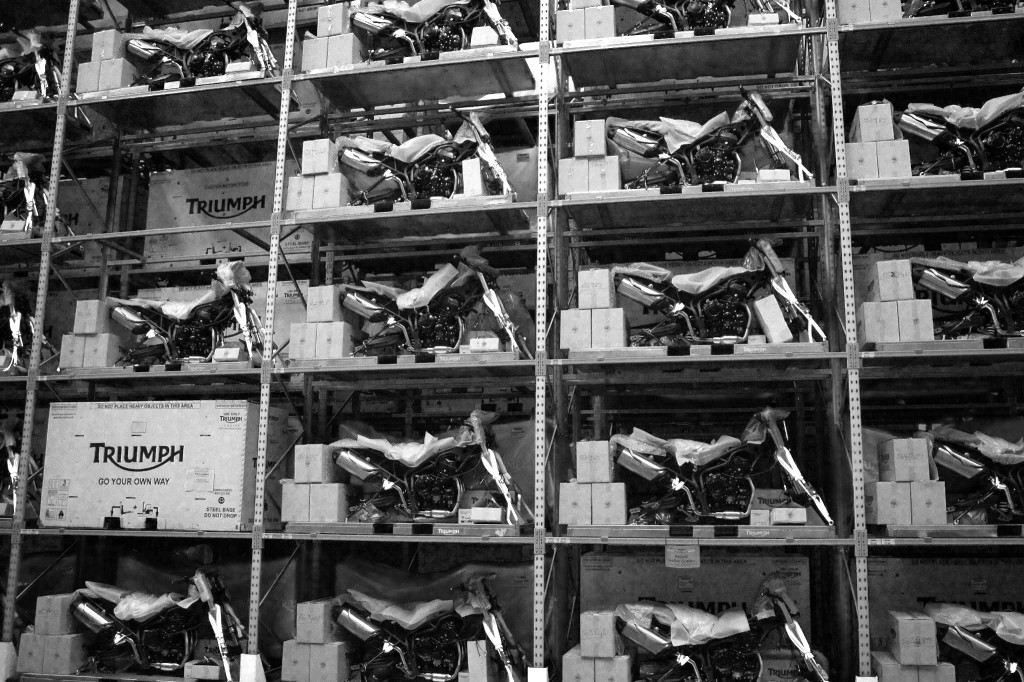 Bikes ready for export are stacked on the shelves 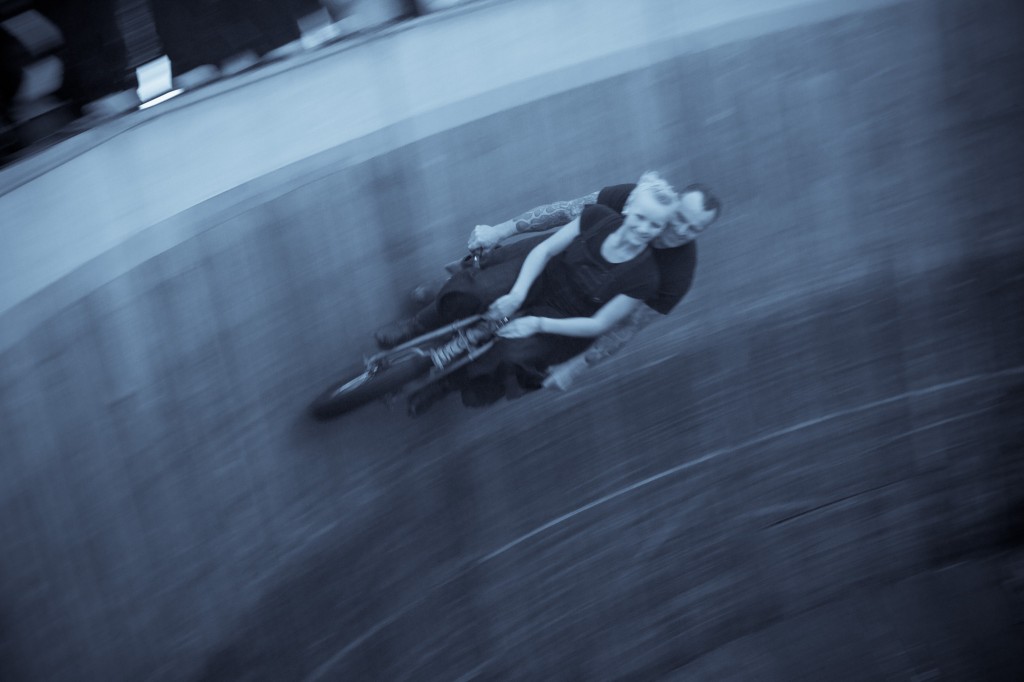 Dave and Alabama ride the wall on an Indian 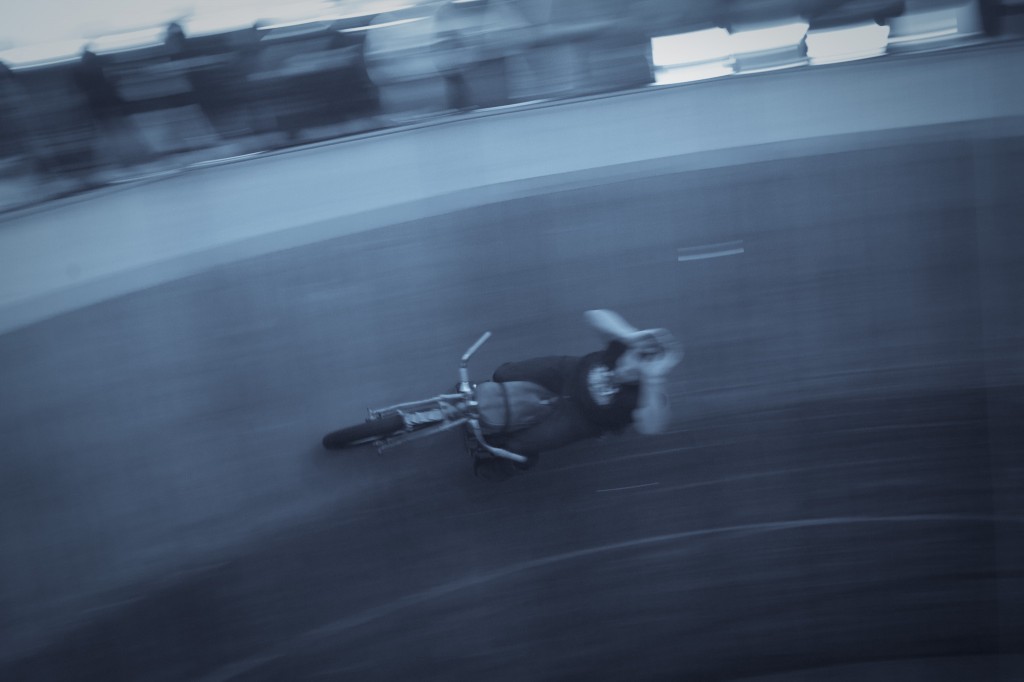 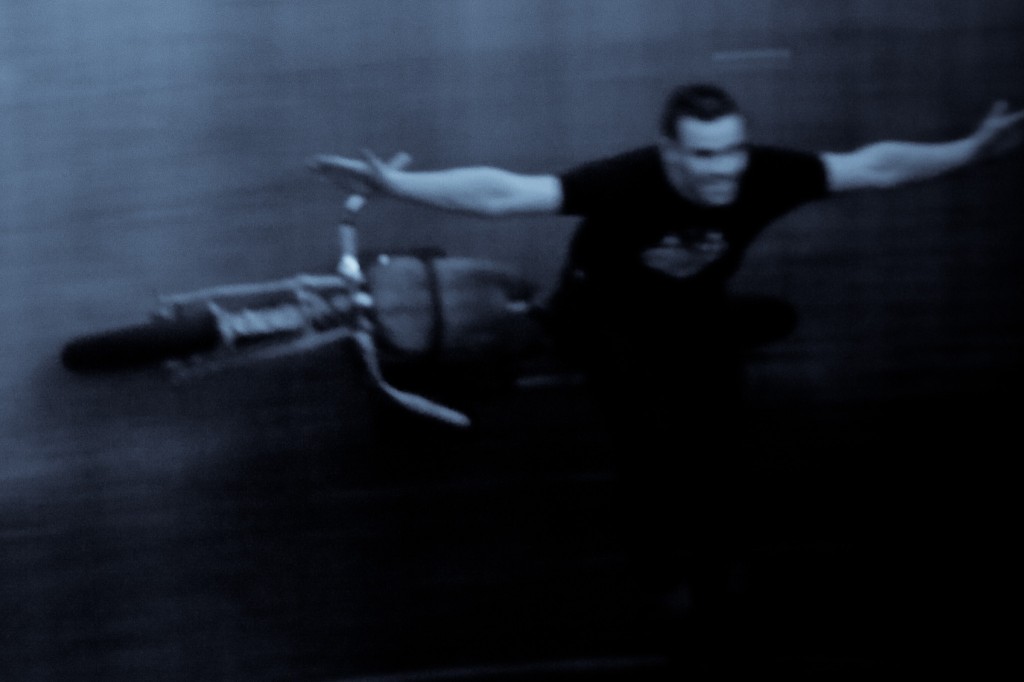 The Duke side saddle high on the wall