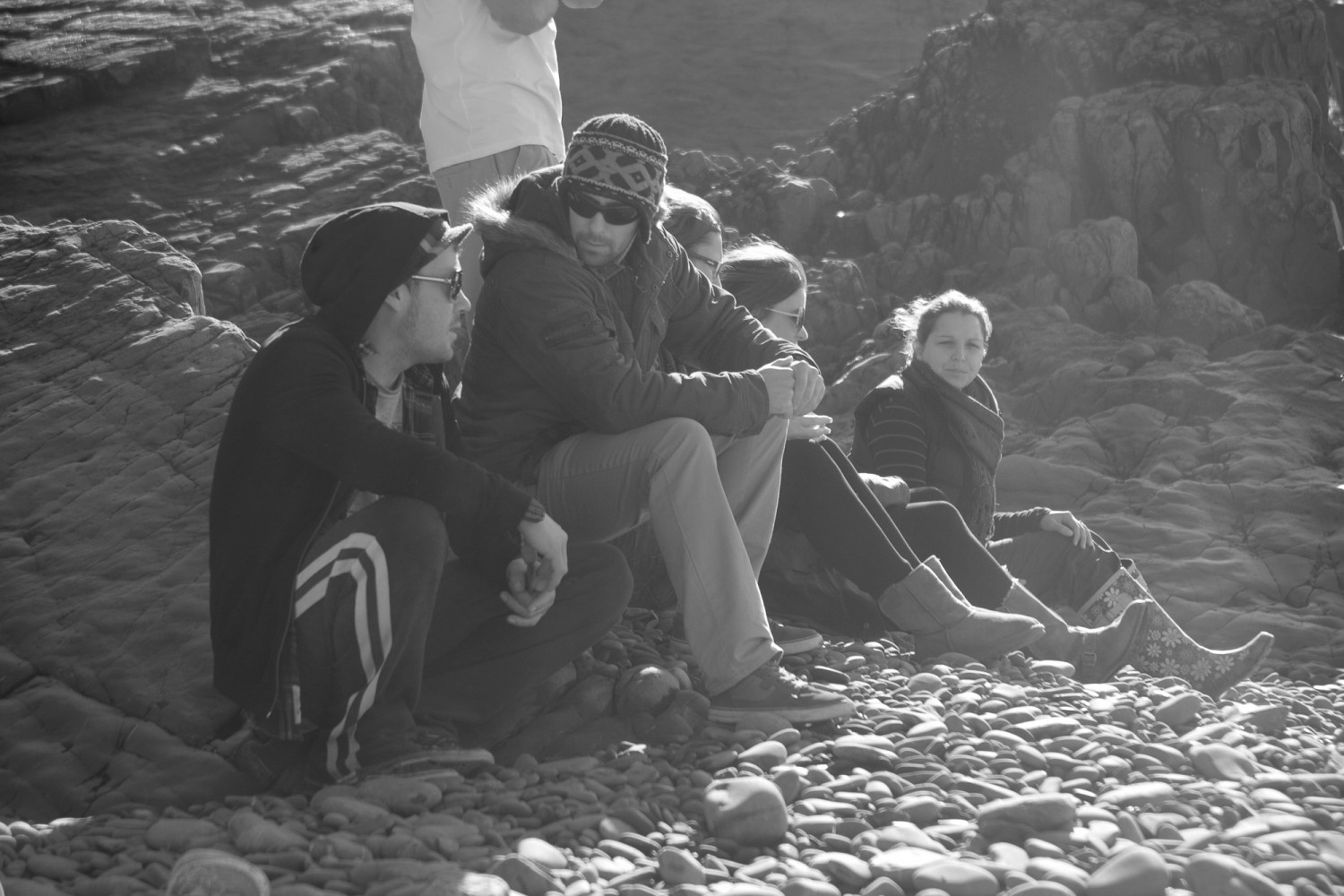 The Old Smithy Invitational surf comp coincided with some of the biggest waves of the year. A huge swell was forecast with long period, although no one was quite sure how big it would get.

As I arrived at the beach in the late morning there was already a palpable air of excitement, with large swells marching into the bay. A few of the competitors were already out, and holiday visitors were vocal with astonishment at the size of the waves as the swell began to peak in size.

With the sets at triple overhead and a fierce rip running across the beach it was decided to forego with heats and allow all surfers an hour and a half to catch waves. Just before this was decided on Ant Mellor, waiting far out the back, took off on a huge right hander that crossed the bay at warp speed. Dodging falling water he connected the sections and pulled off seconds later, a couple of hundred yards across the bay.

Nearly everyone else was caught inside, and after being held down and thrown back toward shore,  the out going rip dragged them toward the rock field between Welcombe and Marsland. There were lots of shouts from the shore and cliff, and I heard one of the spectators ask if there was a lifeguard on duty. I was getting ready for my heat, and became nervous at the sight of rapids flowing between car sized boulders.

Shore bound surfers including a lifeguard began to move toward the caught surfers but the racing rip subsided after the huge set found its way back out to sea, and allowed a nervy exit through the pinball field either back out to the line up or onto dry land.

Ig Wilkinson managed to crunch his head into one of his skilfully created hollow wooden surfboards, leaving only a much older and heavier board to take out. However he hooked into some full size waves showing flair and style on the huge faces. With ten competitors left in the competition the hour and a half gave some memorable rides by local surfers including Justin Seedhouse, Rob Walters, Shane Grentner, Robin Ross, and Richie Heard defending his title. Antony Mellor struggled to find some of the huge waves he had caught before the competition started, but seemed satisfied with an epic morning of surf nonetheless.

The judges decided they had four possibles to go through to a final IF surfers had the will and the energy after their return to land. With a unanimous decision to go back out there was a few moments to rest and rehydrate on some  delicious beer supplied by the Old Smithy Inn.

After refreshments were taken, Richie Heard, Robin Ross, Ig Wilkinson and Robbie Walters paddled back out for a 40 minute final. With the sun and tide dropping it was hard to call who was who, and I stood with binoculars hoping I was choosing the correct surfer for the judges. All the surfers caught solid waves, with some cutbacks and turns on the huge faces. As the heat progressed and with the lower tide the swell settled into more manageable rights, allowing much more fluid turns if you could hook into the good ones.

At the seconds ticked down, Richie Heard found a big wave but after a late drop remained slightly behind the face until his last turn, a beautiful roundhouse.  At the buzzer most were in agreement that Ig had won, although it would be unconfirmed until the prize giving that evening in the pub. Graciously Ig spent his prize money of a £100 voucher at the bar in an hour, Bravo!

Because of the diminished entry list all the competitors received a prize or two from the organisers, even myself who failed to get past the breaking waves on a 9’0 Takayama! Many thanks to Justin and the National Trust, Zuma Jay, Surf Wind and Snow, Brooks Garden Centre, Bridgemans, Gilbert and Vanstone, Jolly Roger, Indigo, and of course Rich & Jen of the The Old Smithy Inn, for hosting a superb and memorable competition. Special thanks to all the local surfers who make it such a great community. 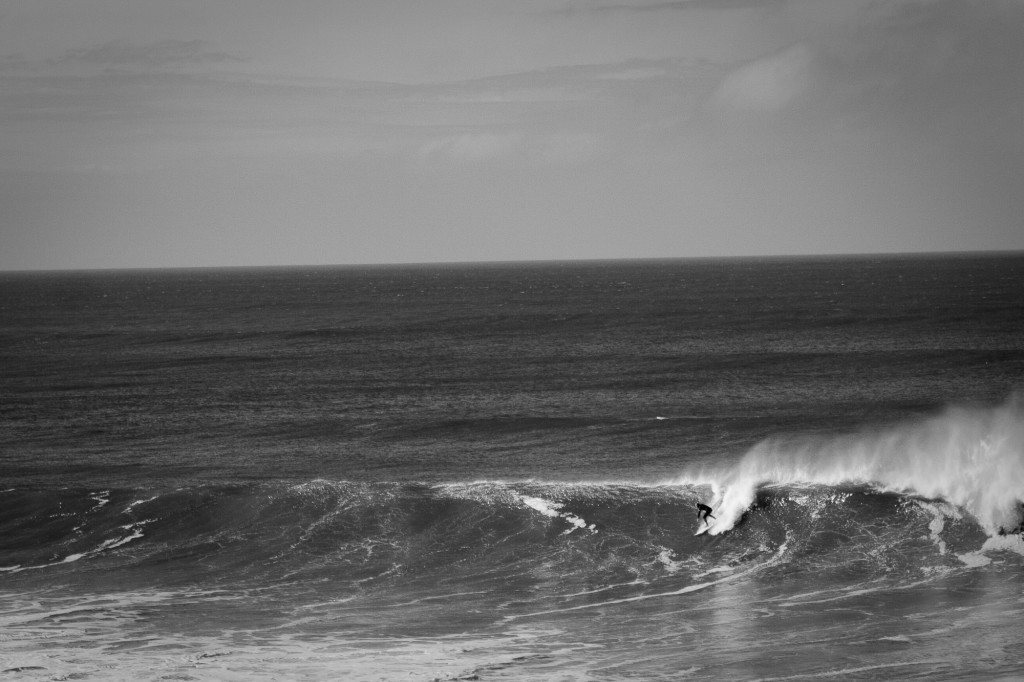 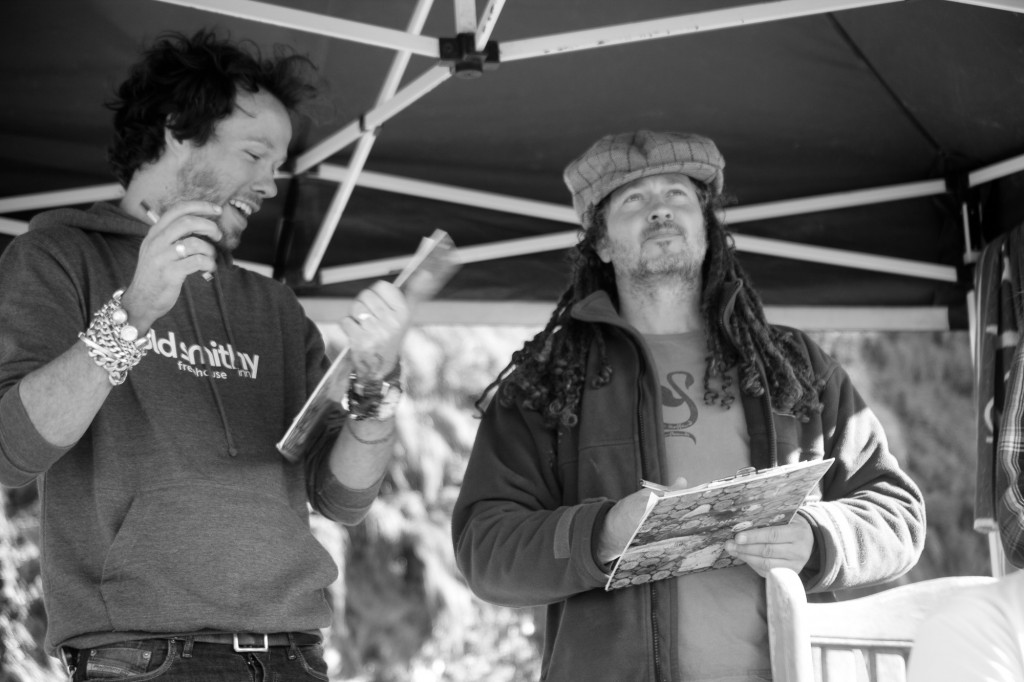 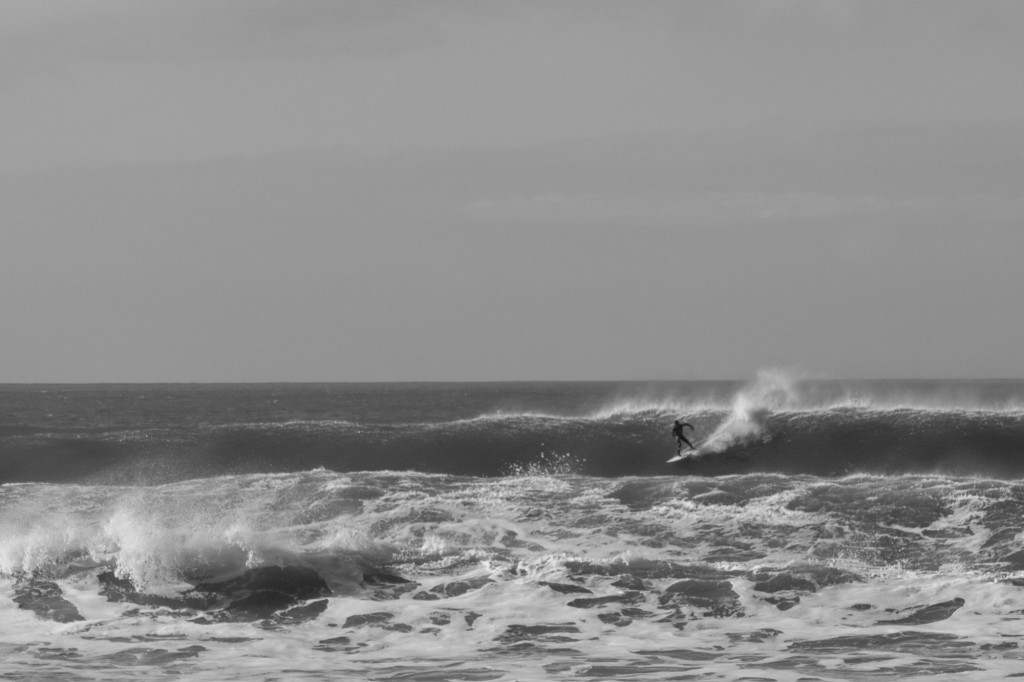 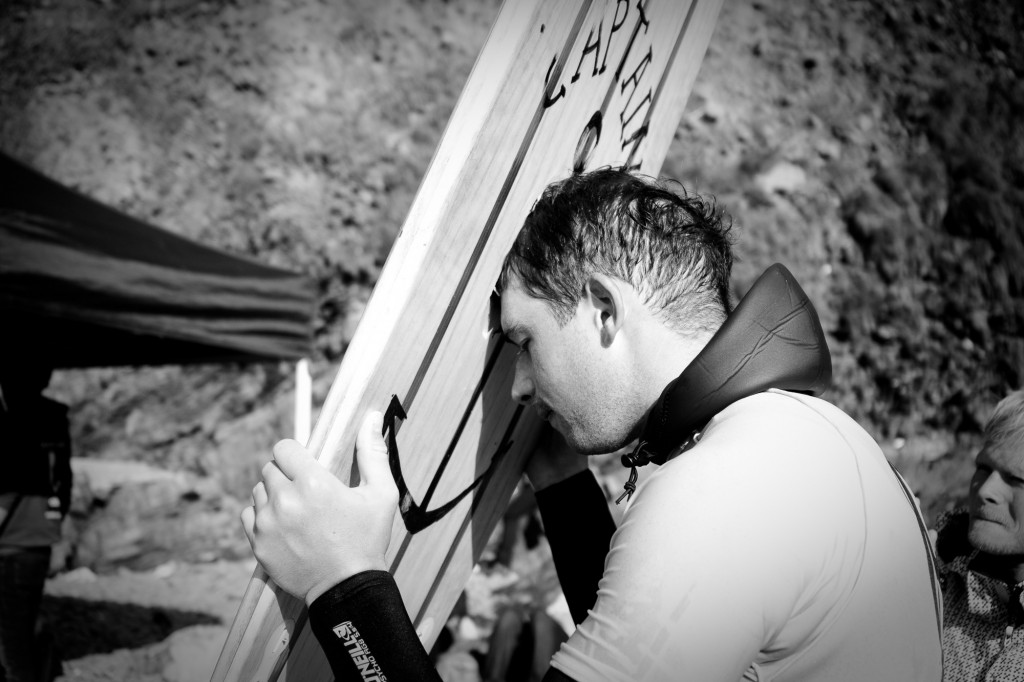 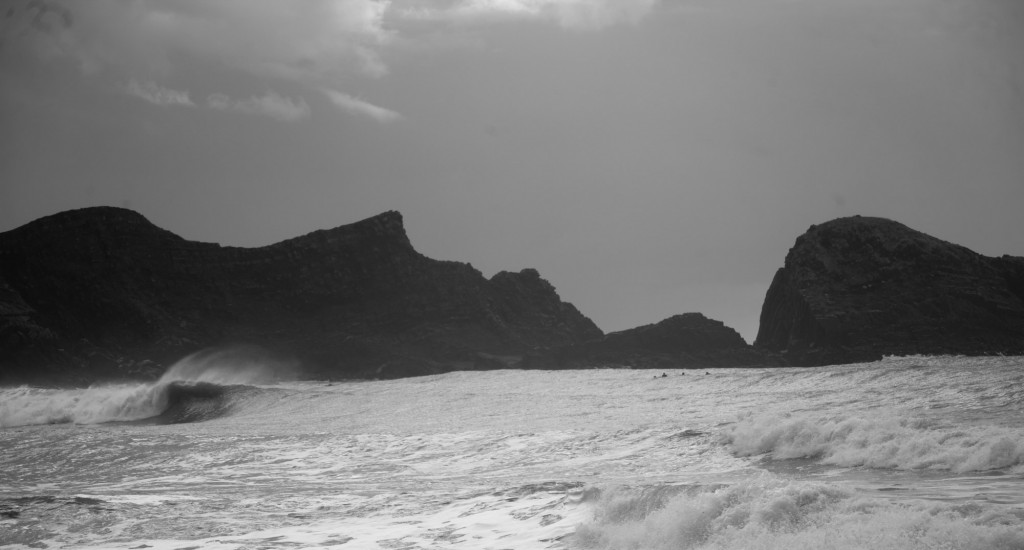 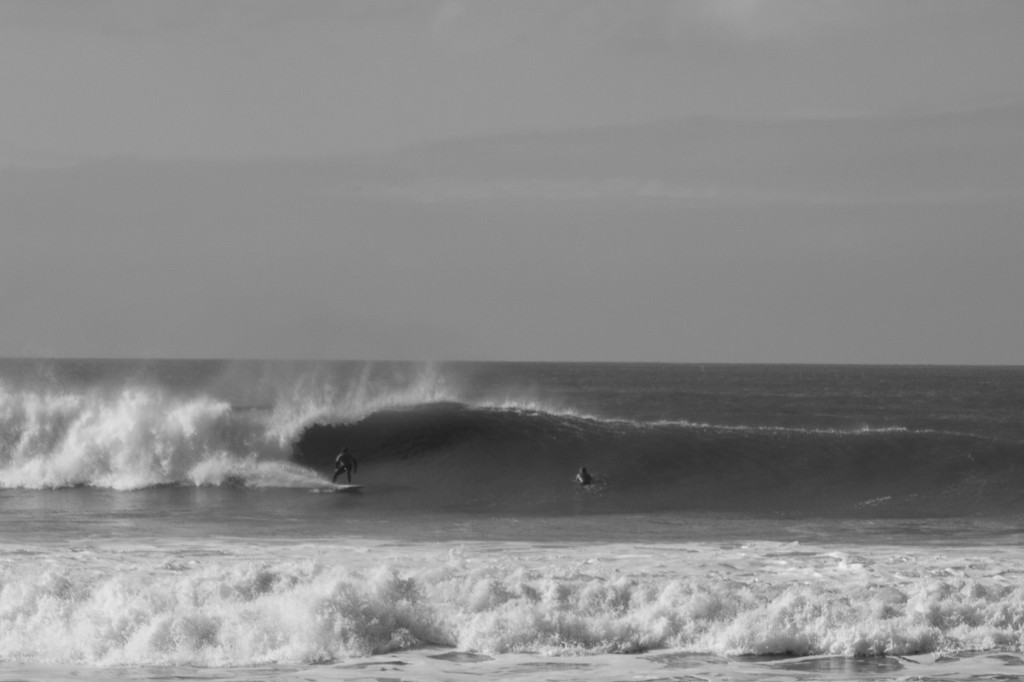 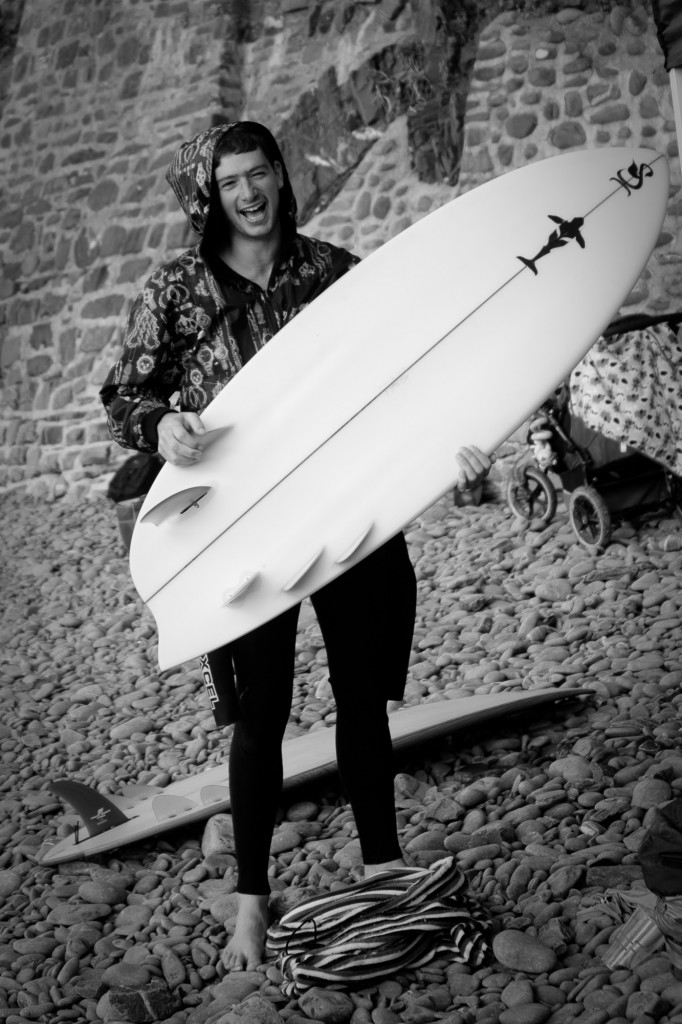 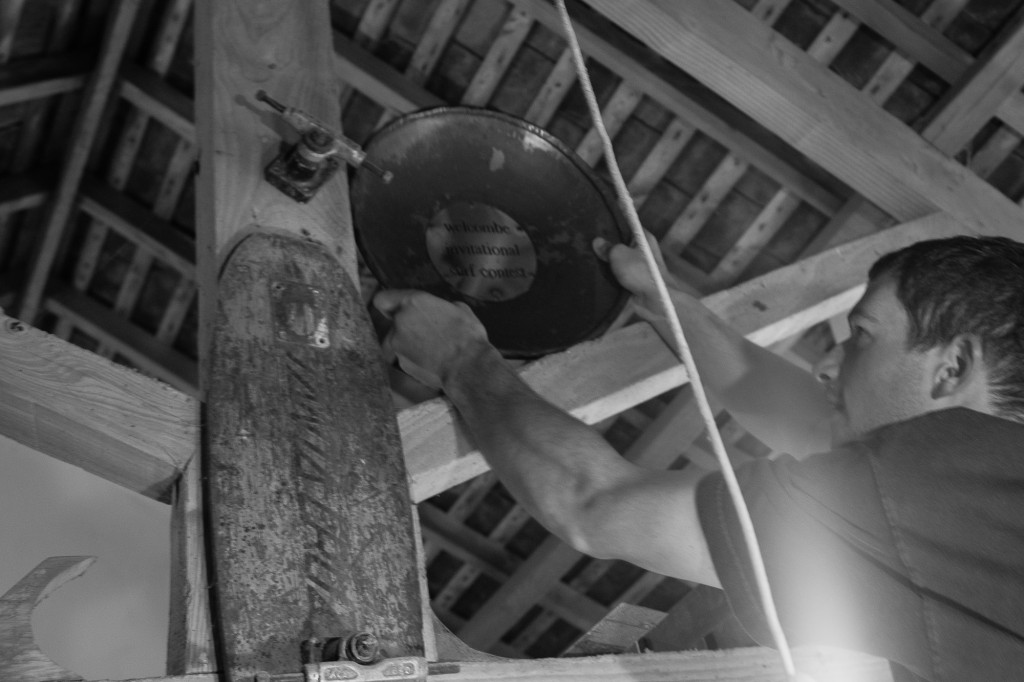