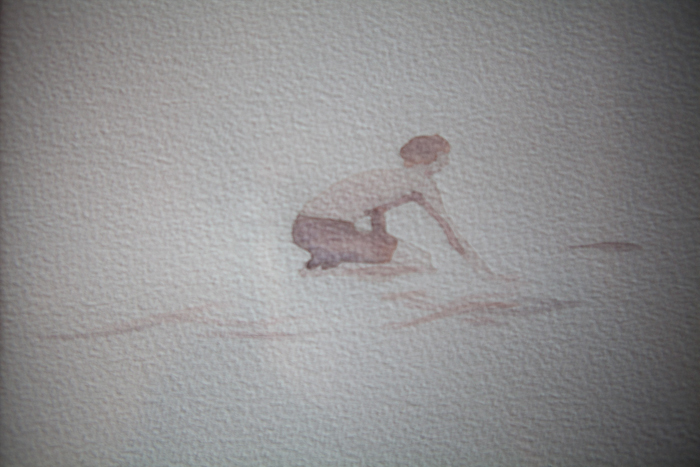 The fish design in surfboards can be traced back over forty years, when stand up surfers  experimented with Steve Lis’ design offshoot of boards made to be kneeled on. The tail is wide with extending wings. The board is short, plenty of float and usually two or more fins.

And then in the mid eighties Simon Anderson’s thruster took the ascendant in competition, and the sudden explosion in surf brands at the same time changed the mechanics of the sport across the world. The professional surfer became a vehicle for the new surf fashion industry. Boards started becoming mass-produced, and the industry promoted the surfers who all rode similar boards, with clothing, equipment, sunglasses and the related paraphernalia. We saw the big sponsors of the sport grow into a multi billion industry from what was and is a minor competitive sport and an ever-growing pastime. Now nearly every major town has a surf shop, A few years ago Carnaby Street in London, a mirror of corporate street fashions, had seven surf shops. Of course this is all filtered down, the latest great photo or video does not sell all these t-shirts or bikinis, the soul of surfing does, and the marketing that hangs on that.

Anderson’s three finned and circa six foot board became the choice of most surfers, and for good reason, the reasonably athletic surfer can generate speed, make radical change of direction and handle bigger surf. The pro surfers became more and more dynamic and explosive, the photos were incredible: Huge surf, massive barrels, spray! For a reasonable surfer in low quality surf he could make the board move by driving and pushing off the tail. No longer was the line dictated by the wave, small weak days could be fun. It was a revolution in surfboard shaping, a paradigm shift. And not only that, the mass volume shaper could buy off the shelf blanks that required little work as boards became similar across the surfing world- a slight V or a down turned rail, a quarter inch here or there. Even the most remote and furthest from the sea could be seen wearing a branded t-shirt. It was global and massive.

Of course there were still experimentalists, especially among those surfers who either couldn’t or didn’t want to surf like the surf stars. From the long board down to the five foot mini-simmons there was a renewed interest in what some thought were retro boards, but it wasn’t really looking back, these boards were brand new. The thing was that it was below the radar. There were no margins. These boards were expensive and hard to shape, they were being made by low key shapers who weren’t that interested in the ballooning of the sport, their customers were surfers who wanted a different way of surfing.

And so I get to where I wanted to start- the ‘fish fry’ that has grown in popularity on the local surfing calendar for the last couple of years, and brings a different dynamic to the culture that is so often characterised by the big four or five companies. Non-competitive and celebrating the unusual it gathers local surfers to check out boards, surf together and party. A return to the soul, and a big part of stoke.

They didn’t resent the older people around them, they pitied them because they couldn’t partake in this esoteric statusphere.’  Tom Wolfe, The Pumphouse Gang, 1968

Forty odd years ago Tom Wolfe, the arch stylist and social commentator, dissected the surf gang in his 1968 article for ‘New York’ magazine- The Pumphouse Gang, who were a group of middle class youngsters who lived around the beach at La Jolla, California. He was intrigued at the anarchy, and the characters and the teenage throwing off of societal values. Theirs was not a gang so prevalent at the time, of strict group rules, dress and behaviour, but more of a total disinterest in the rules they should have lived by, they just wanted to hang out and surf.

45 years later the surfing lifestyle still has that cachet of freedom, the rock’n roll existence without the grime. Long days at the beach, sunburnt tired muscles, evening drinking around the fire, and the cool of grace under pressure.

The article became one of his best short stories, and the title of a best selling collection. In later editions he prefaced it with a short article on their (and his) change: “The pump house gang lived as though age segregation were a permanent state, as if it were inconceivable that any of them would ever grow old, i.e. 25. I foresaw the day when the California coastline would be littered with the bodies of aged and abandoned surferkinder..  In fact however, many of these kids managed to bring the mental atmosphere of the surfer forward with them into adulthood”

The kids he wrote about have now become well known in the surf, arts and film industries.

What he didn’t discuss was that this culture, and its tenets were at every surfing beach across the globe, the surfer became to themselves and the outside world, a stereotypical maverick- healthy and free.

At the heart of Wolfe’s ‘statusphere’ and any surf community is the local break. Here are the intertwining lives of young and old, male and female who surf together on a regular basis. Surfing shapes their lives. The turn of the tide, the change of the seasons, the beauty of a still morning with a good swell pushing in.  They stay, as Wolfe explains it, because they:

“Can’t give up the mystique, the mysterioso mystique, oh mighty hulking sea.”

And part of that mysterioso mystique is the role of the surfboard shaper. Inextricably linked to the surf community he often has the role of being an elder, a Merlin, he is about arcane subtleties. For the beginner surfer he is a way toward acceptance, he can order his board, discuss design and appear on the beach with a shining new creation to take to sea.

And so to Crackington Haven in North Cornwall, where a small community of surfers is extending a welcome to the druids of weird surf craft for the European Fish Fry, who arrive with a growing selection of hulls, and bonzers, and fish, and simzers, and eggs, and pigs and mini-simmons and beards.

In and outside the local pub Richard McGonigal has organised the collection of surfboards and surf inspired art, a couple of tattooists buzz over peoples arms, necks and chests.

Among the shapers there is a friendly rivalry as they commune around their designs, conversations full of hand movements and drawings in the sky. The afternoon progresses with exchanges of surfboards and trials of vehicles among the small offshore waves. The bar starts to fill up as the evening draws in, and the characters from along the coast, venture in, loosening up, getting some food. Neil Halstead plays beautiful guitar for an hour and then the pub begins really rocking to Freshly Squeezed. Something in the group dynamic suggests a long night.

The European Fish Fry was in September at Crackington Haven, Curated by Richard McGonigal and Mick Pratte of LokBox, it is a yearly meeting of shapers and surfers interested in the Fish, and other esoteric shapes that are not related to the thruster.