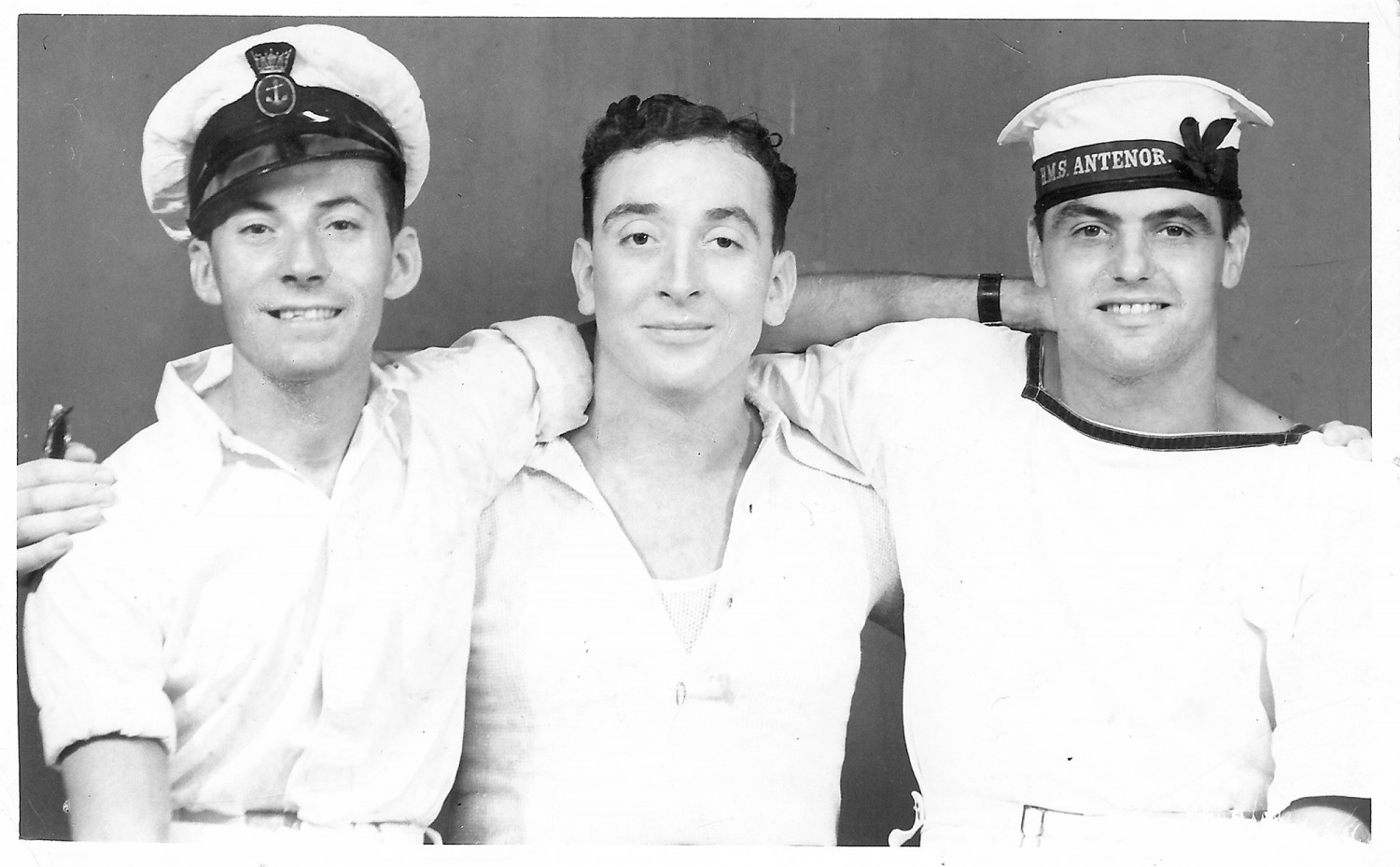 On Friday I said goodbye to my Grandfather George Robertson in a care home in Hertfordshire.

He had been a formative character in my life and as I grew up I spent many hours in his company and he became a lifelong friend. I wrote many letters to him during my years of travel a kind of thanks for the many stories I heard as a child whilst I played with his models of the great warships on his carpet.

Born in 1916 in South Shields, among a large family he was the only son to follow his father to sea. His middle name Broom given after a seaman his father respected and wished to commemorate (what great stories we lose with every passing). He had already spent many years with the merchant marine before the war started and he escaped much of the austerity and hardships that his brothers had to deal with, for example not joining them on The Jarrow March.
George met my Grandmother Norma in South Shields and had a great friendship before they were married. Norma’s family were theatrical, with two of her sisters aiming for the stage- Betty who joined the Bluebells in Paris at the Folie Bergere and Connie who set her sights on the West End of London to eventually see her name on the bill as a dancer and comedienne.

In 1939 he was called up and worked on the convoys as a steward. During the north atlantic war he witnessed terrible scenes that he never forgot and had nightmares about well into old age. He sailed past desperate shipwrecked sailors in the cold waters of the arctic crying out for help but unable to stop due to convoy regulations. My father’s middle name is from one of his comrades lost at sea in this way.

But for all the hardship he suffered like many of his generation he had an enormous sense of adventure and fun, and made many, many friends in his lifetime.

He told me of his demotion after missing his ships departure from Rio de Janeiro during Carnival, my Grandmother was less pleased. She mimed the annoyance of unpicking the stripe from a sleeve as my Grandfather shrugged and opened his hands.

In August of 1942 my Grandfather took part in Operation Pedestal a final attempt to break the siege of Malta.  Out of 20 boats to pass through the Straits of Gibraltar, his ship MV Rochester Castle was one of five to reach Valletta.

In the nineties I had an off chance to visit Malta and after telling my Granddad where I was going he called some friends. As we arrived at the airport terminal a small group was waiting and took us to a birthday celebration. Lots of people George’s age came over to shake my hand. It was a curious incident but an insight into his charisma, and the importance of the Santa Marija convoy.

Not all these pictures are my grandfathers and some of the action pictures were purchased off street vendors in Alexandria.
Also stories become convoluted in family lore especially over sixty odd years. My apologies in advance for any corrections I have to make.

I am wondering if this picture shows a hospital in Malta. I have a dim recollection of George telling me about the constant noise of the pom-poms as they sailed to Malta and the heavy fumes from all the fuel. These ladies smiles are so beautiful. You’d be cured with compassion. 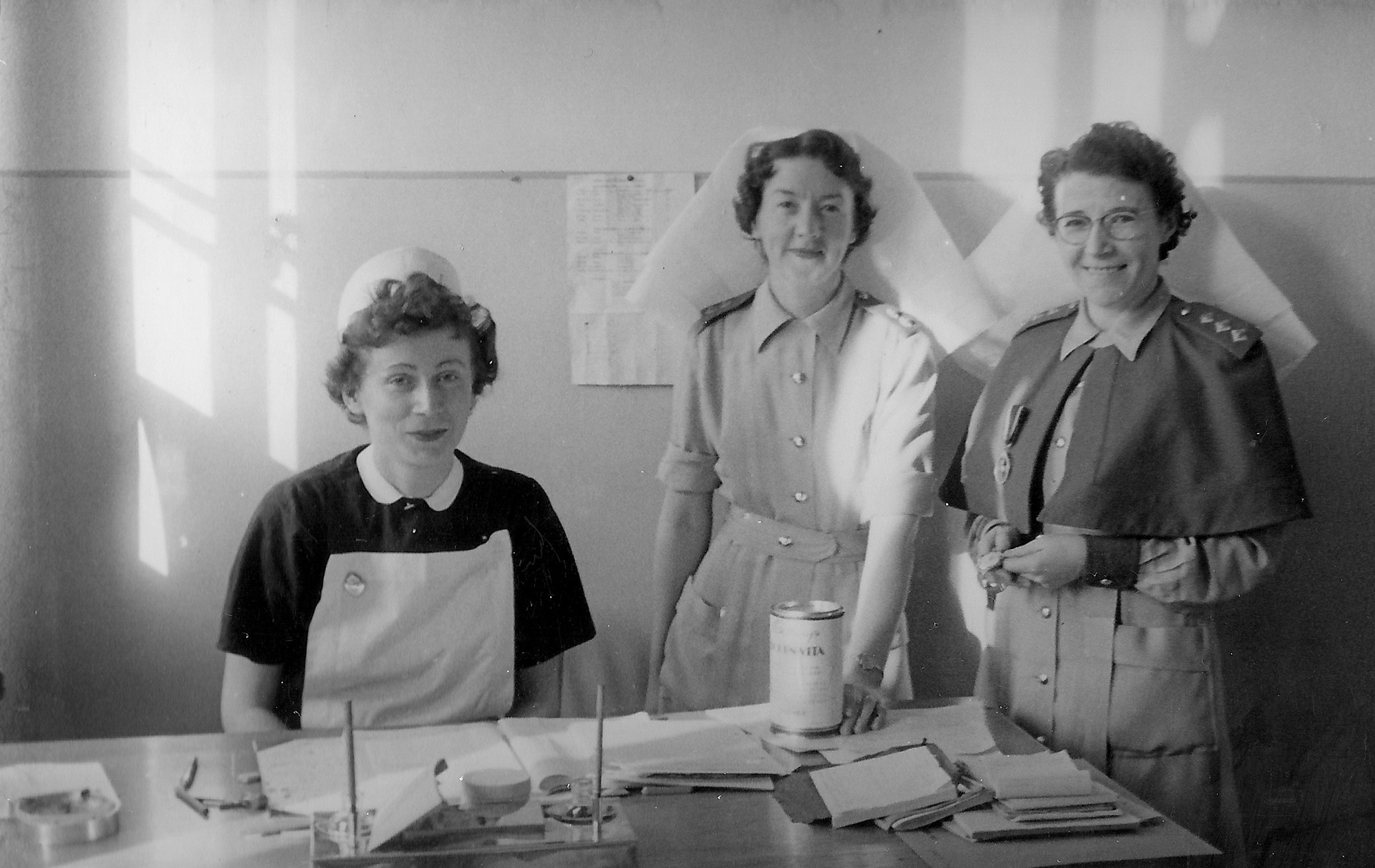 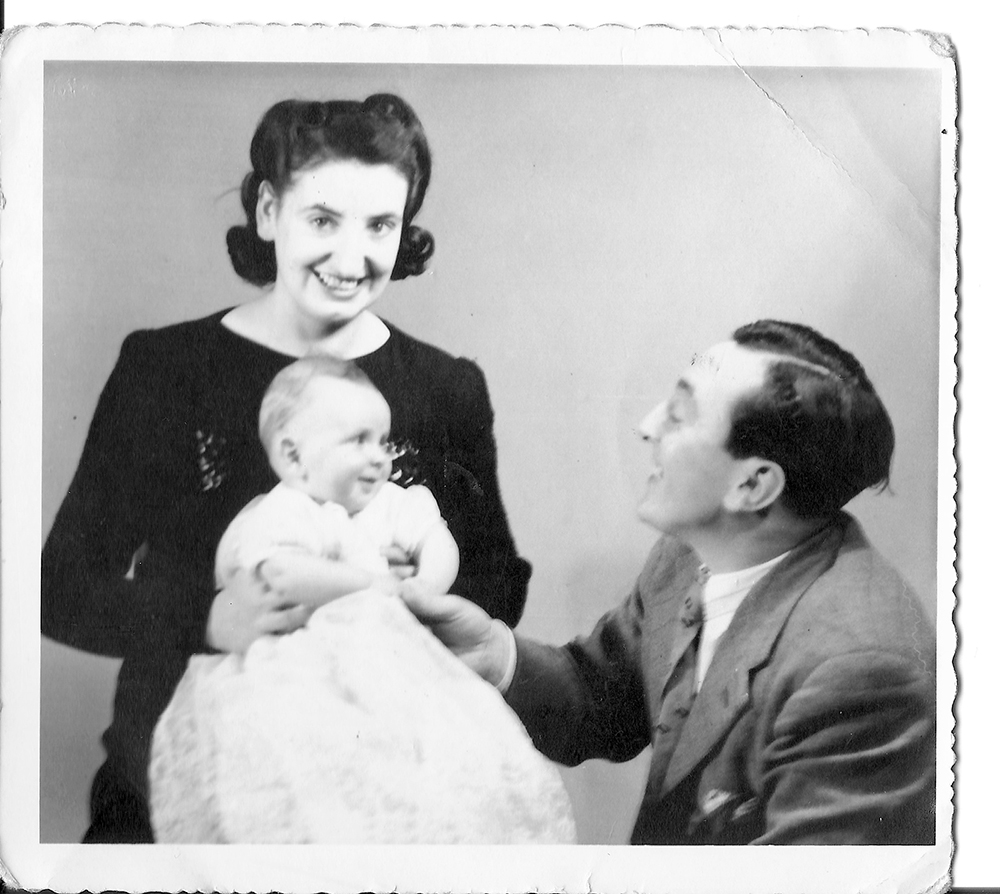 My Grandparents met in South Shields and were married in 1943. They honeymooned in Bournemouth with the beach covered in barbed wire. My father was born in 1944.
After demob George had no interest in staying at sea and the young family lived in the new town of Welwyn Garden City, before moving to Hemel Hempstead. My Grandfather worked a succession of different jobs, mostly self employed, ranging from a Butcher to a salesman to a small post office owner. My Father married in 1965 and I was born in 1967.

What I most remember about my Grandparents was their sense of fun. Everyday was an adventure for them and they loved to make new friends. During the late 70’s they would spend summers camping in the South of France, George took on a persona like Jaques Cousteau. He’d wander around in cut down shorts, a woollen hat and his pipe clamped between his teeth. keeping my father’s customers and staff happy and smiling.

With the passing of my Grandmother in his 90th year George remained alone at home but he missed her dreadfully. Eventually his legs began to fail him and he began to see less people, life slowed down.

In his 96th year I visited him in hospital where he had spent two weeks. The infections were confusing him. He thought I was a doctor, and he told me about his Grandson- myself. He began crying. Eventually we found him space in a care home, close to Welwyn Garden City. On clearing his apartment I received these photos.

Last Wednesday 8th July I got the call that George had deteriorated and was on his death bed. I arrived at lunch time on Thursday and found a small man labouring for breath. My uncle arrived with his son, my dad a short while later, and then my eldest son with his new wife. We chatted about him and drew him into our conversations. He could hear us, but only just. He seemed so tired, so far away.

The next morning we all returned and his pulse was stronger as we spoke to him. One eye was open and he could see us dimly at the end of the bed. He could hear what we were saying, although any movement from him was almost too difficult. I said The Gang were all here to say goodbye and if he wanted it was fine to leave us. I gave him a kiss, and held his hand before I had to leave for the long drive back to Cornwall. He died at midnight on Saturday. He would have been 99 in August. That’s a lot of living.

It seems that we all face two difficult journeys in life, they are both hard and taken alone. In between, and above all we strive for love.
George Broom Robertson 1916-2015