This page is for readers of the Talan series interested in where and when the stories are set. If you have got this far I’d first like to offer you 50% discount from smashwords store where you can download for any device. Use the code DT26E for Talan and the Welsh Boy or NT93D for Talan and King Doniert’s Torc.

This is the ‘dark ages’, the Roman empire had crumbled, leaving much of Britain without rule. In the far western areas, relatively untouched by Rome,  Christianity is making inroads against the old Celtic religion, missionaries from Wales and Ireland bringing a very druidic influenced faith quite different from the early Roman church. Talan is a medical cleric, educated in Wales by early monks, and with some learning from his Mother, a pagan healer. Talan is sent by King Brychan to help his son Nectan begin a mission in Hartland. When Nectan is killed he finds himself almost free to chart his own course in healing all over the county.

As I travel the lanes of the county I see the old wells and celtic crosses in the fields and valleys. They never fail to have me see the landscape from when they were first built, and it was my interest in these relics that led me to construct the world that Talan lives in. 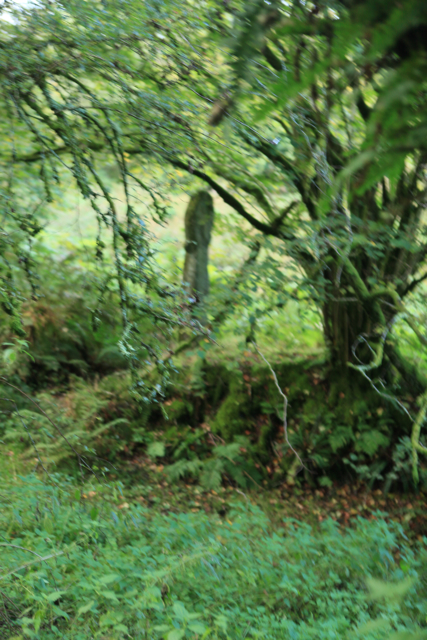 With over 600 noted crosses in the cornish landscape they are never far from anywhere and are old way points, markers and territory signals mostly dating from the time of Talan. This cross is in the Inny valley, and looks to have been used to mark a ford between the church of St Nonna and that of St Clether. It appears in ‘Talan and the Welsh Boy’ as he approaches Nonna’s community for the first time.

The history of the cross is interesting, it is thought that the design comes from a pre christian celtic symbol for the sun god, and hence the wheeled cross design. There are also links to the Egyptian ‘Ankh’ symbol. a hoop above a cross. This is not as outlandish as I first thought as many christian symbols are said to have come from north africa and the near east such as the Bishops Mitre, which looks very similar to wall paintings of egyptian clerics headgear. Interestingly, the migration of man to Britain came from North Africa via Iberia, and it is possible that some beliefs may have travelled and remained from those far away days. 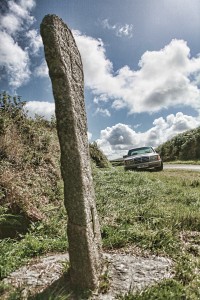 The original celtic lands covered much of Europe until the roman invasions, and the far flung outposts of the west remained unconquered or rather unsettled by the other mass migrations of the period. However there was still plenty of travel across the lands. St Petroc, a character in ‘Talan and King Doniert’s Torc’, travelled to Rome, and folklore has him travelling to India. 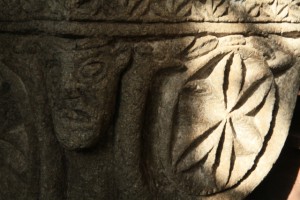 Many of the early crosses that remain seem to date from around the time of Talan, and this coincides with celtic migration to cornwall from Wales and Ireland, and the birth of the Christian Church. I have Talan arrive at this time with the children of King Brychan, a Welsh King of renown from the fifth century, and the father of so many of the Cornish Saints. As many of the first cornish churches were consecrated around the same time that this story may not be far from the truth, and even if Brychan had not sent over more than twenty of his children, he was perhaps responsible for these people to arrive in some of the most stunning and beautiful spots in Cornwall to create small communities, hermitages, and the first monasteries, so many years ago. 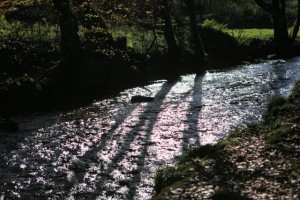 In Talan and King Doniert’s torc, the river Fowey plays a prominent part. It’s source is high on Bodmin Moor, and it falls south out of the hills in a straight path to the south coast. This photo shows the river near Golitha Falls, a fast flowing set of rapids on the moor. The road follows the river in beautiful open country, and the landscape has remained unchanged for centuries. In the novel and in history the river is significant in King Doniert’s life. 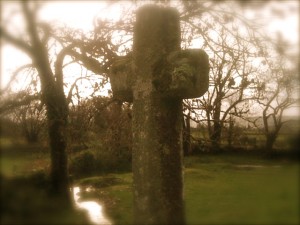 Across the border into Devon and the crosses suddenly stop having wheeled heads. This cross on Dartmoor was said to have been erected for travellers heading to the early abbey at Buckfastleigh. It would have been a welcome sight high on Dartmoor where the landscape of high tors and occasional fog can bewilder travellers making the journey.
Talan was born in Wales to a pagan mother and a warrior monk father. He was brought up under the protection of King Brychan’s court after the death of his father and taught by the monks there. He served as apprentice to the community’s healer, but also learnt much from his mother who had been a healer long before the church had come to the area.

Talan travelled with one of Brychan’s sons, Nectan, who arrived in the Hartland area by sea. The missionaries set up a new community where Hartland Abbey now stands, close to the cliffs in a beautiful wooded valley. Talan remained there until the death of Nectan when he was sent to help his sister further down the coast at Morwenstow.

See this interview about Talan on indie authorland